Practice began on the new surface on August 1, 2017.  The first game took place on August 18, 2017.  The surface had a shear strength in excess of 30 ft lbs.  We knew it would play well, but even our team was surprised by the results. 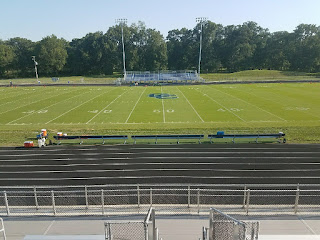 Here is the field in mid September after 10 events. 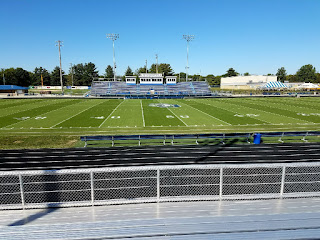 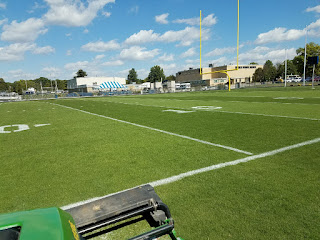 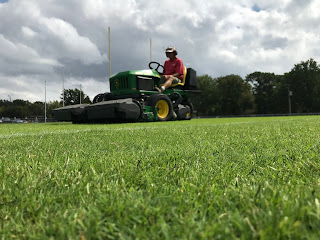 Per the plan, the surface was overseeded with Barenbrug HGT Bluegrass in early September with a goal of creating a “Bluemuda” playing surface.  A small amount of ryegrass was added for additional color.  Here is what the soccer goal area looked like after the soccer season. 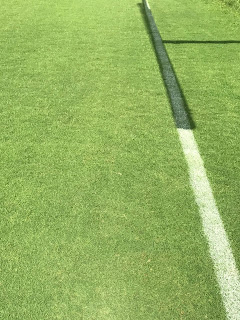 Here is a recap of the grow-in. 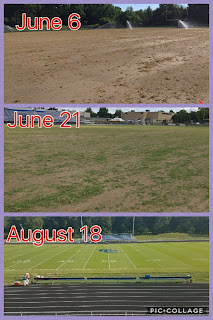 1.      The new surface had a good surface grade.
2.     The new drainage system provided a “rain out proof” playing surface, thus there was never a rain game to tear up the surface.
3.     A blend of warm season and cool season turf provided superior shear strength and wear tolerance to extreme play.

In conclusion, a $130,000 investment provided a rain out proof surface that hosted 50 games and practices in fall 2017.  Quite the return on the investment.