University of Kansas - Transition to a DuraEdge Surface

The J&D Turf team partnered with Midwest Laser Leveling to replace the infield surface at Arrocha Ballpark at Rock Chalk Park at the University of Kansas.  Let’s get into the details of the project.

The discussion of the infield surface began in March during an initial meeting with Frank Masterson, Director at Rock Chalk Park.  The existing infield surface was difficult to manage due to the combination of too much fine sand and a silt to clay ratio (SCR) of less than .5%.  The combination of these two items took the infield surface from too wet to too dry in quick order.  Bottom line, managing moisture was a challenge.  If too wet, the surface would play “spongy”.  If too dry, the surface would “chip” aggressively and then become extremely firm.  Finally, there was a bit or erosion present along the infield mix/synthetic turf edge. 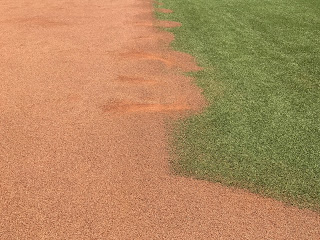 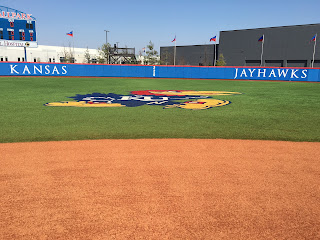 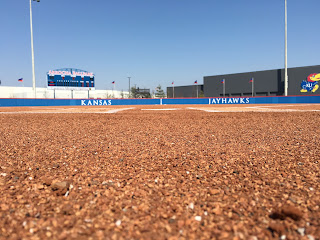 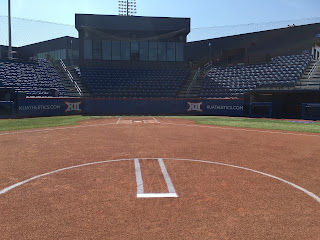 The solution - remove the existing mix and install 4 inches of Dura Edge Professional. Martin Lane, with Midwest Laser Leveling, partnered with J&D Turf for the labor component of the project and provided service second to none.  The existing infield mix was removed and stockpiled for recycling in the parking lot.  The crushed stone sub base was laser graded and proof rolled to ensure proper base compaction.  DuraEdge Professional was installed, compacted and laser graded in two inch lifts using a conical laser.  Finally, Turface Calcined Clay Conditioner was added as a topdressing. 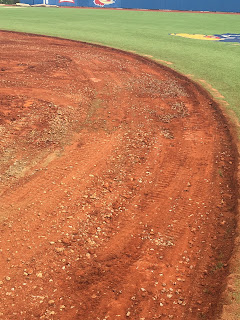 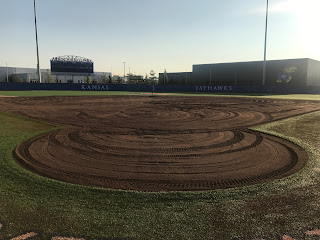 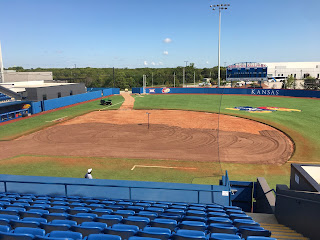 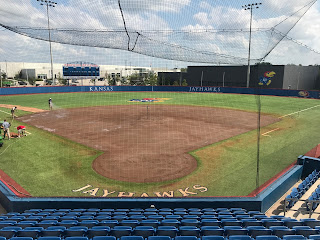 In conclusion, The sand/silt/clay ratios of the material along with the sand sizing will provide the KU maintenance staff a more user friendly surface to manage, both in wet and dry conditions.

Thanks to Frank Masterson and his crew along with Martin Lane with Midwest Laser Leveling, this project was completed in 4 days and ready for play at the conclusion of the project.

Play on!
--Jamie
@JamieMehringer
Posted by Jamie Mehringer at 9:07 AM 0 comments