Earlier this month, I had the opportunity to travel to Italy. In Rome, I toured the historic Colosseum, arguably one of the first sports facilities built in modern times. Construction on the structure began in 72 AD and was completed in 80 AD.  Click here to learn more about the structure.

Here are a few photos.  First, the exterior made of travertine stone: 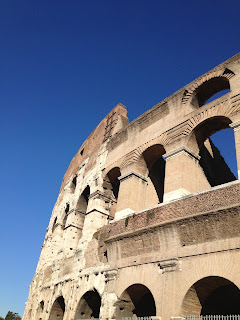 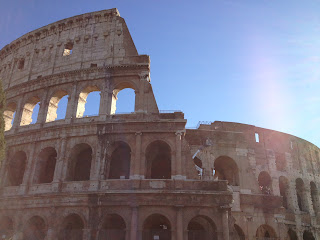 Next, a couple shots of the interior: 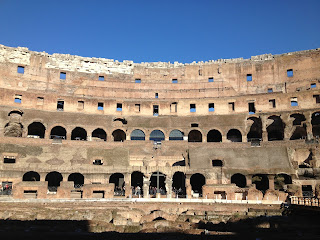 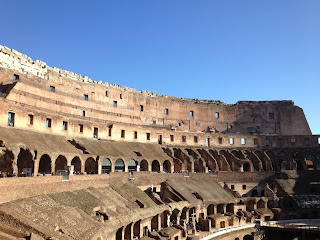 A couple of shots of the floor of the Colosseum: 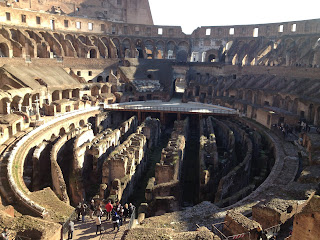 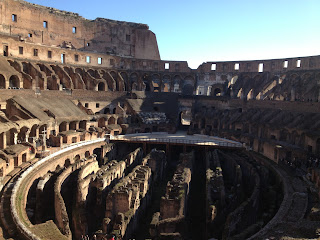 The floor had a number of trap doors and elevators that raised animals into the Colosseum.  Click HERE to learn more about the trap doors and the floor.

I was amazed at how some of the architectural used at the Colosseum is similar to what is used today.  Here is an example.  Going from the concourse to the seating bowl.  First, the Colosseum, second Tropicana Field: 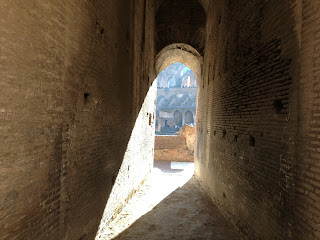 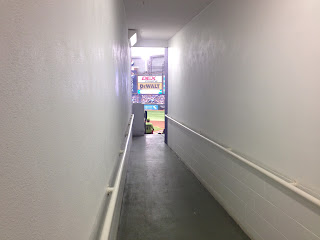 Also, did you know that the Colosseum had a retractable sail?  It was called a "velarium." Over 1,000 sailors would use ropes and pulleys to move the canvas sails.  Here are a few photos of the system:

A photo of the design: 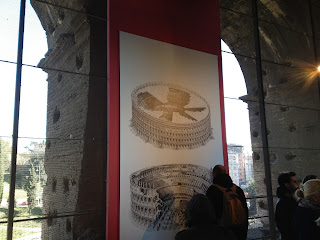 A photo of the areas where the ropes were attached to the ground: 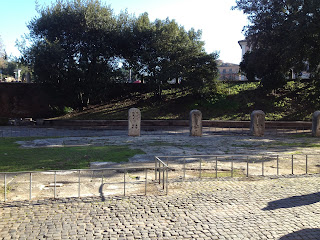 The velarium looks awful close to one of the proposed designs for a new ballpark for the Tampa Bay Rays: 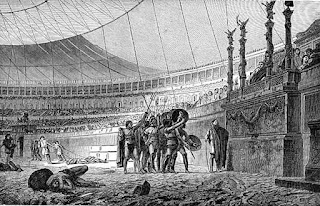 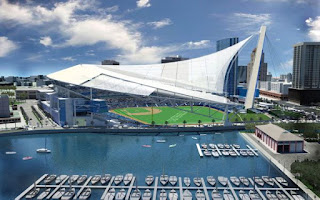 Overall, the Colosseum is an impressive structure.  Even more impressive to consider it was built almost 2000 years ago.

After blizzard conditions across most of the midwest today, I thought it would be a good time to talk snow mold on sports turf.  Bottom line, pink snow mold is the disease that should be of concern for sports turf managers across the midwest.

Below are links from Purdue Turfgrass that explains both diseases.

Stay safe in the winter weather.

An Article in SportsField Management Magazine

For today, click HERE for an article in SportsField Management magazine detailing the field renovation project at Brian Wilson Field in Batavia, OH. 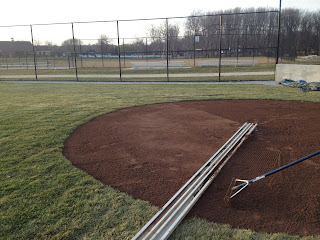 Play on!
--Jamie
@JamieMehringer
Posted by Jamie Mehringer at 7:51 AM 0 comments

A Few Days Off

With the conclusion of the growing season and before tradeshow season, I am taking a vacation to re-charge the batteries.   Look for additional posts later this month.

This past week, the J&D Turf crew was in Columbus, OH for the Ohio Turfgrass Foundation Tradeshow.

Here is a photo of the event: 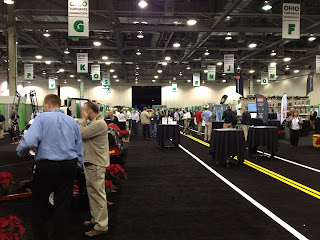 Look for more appearances at tradeshows over the winter. 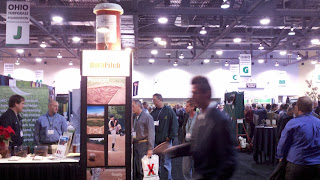